Trekking gorillas in DR Congo is the most interesting thing one can engage in and it creates an unforgettable experience for a life time, this involves moving in the forests and hiking deep the mountains to see gorillas. For trekking to be enjoyable, tourists are led by the skilled park rangers and guides that are so much informed about the history of the park, where to track gorillas from, the surrounding areas and are in charge of record keeping and protection of gorillas from poachers. 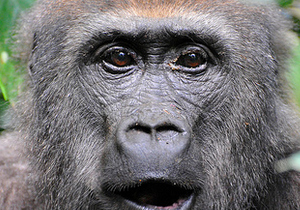 The 3 days gorilla safari gives you an unforgettable experience in your life time, the safari will give you an opportunity to encounter these giants that are just like humans. The safari will start and end in Kigali Rwanda’s capital. 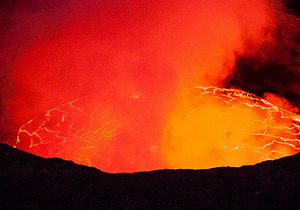 The 3 days gorilla safari gives you an unforgettable experience in your life time, the safari will give you an opportunity to encounter these giants that are just like humans. The safari will start and end in Kigali Rwanda’s capital.

Mountain gorilla trekking is a great and remarkable experience in life, that involves being in the midst the amazing primates such as the Gorillas that have around 98% DNA like that of humans, is something one shouldn’t miss. Gorilla trekking majorly takes place among in Rwanda, Uganda and the Democratic Republic of Congo. Trekking is widely done in two countries such as Rwanda and Uganda since they are strategically located and politically stable than DR Congo, but currently DRC’s Tourism sector is growing despite of its history.

Gorilla trekking starts early morning whereby you take a drive through a few villages which gives to a chance to see people along the roads, others waving at you which is another interesting thing to see how other people live. Head to Bukima where gorilla trekking starts from.  How long the trek takes basically depends on gorillas because they move from place to place, with this they don’t just follow one clear path. As you track you will be seeing this, as guided by the skilled guides.

While in the wild another amazing thing to see are the silver backs that protect the gorilla families, the black backs, the juveniles running and playing around, in Virunga National park there are around families with approximately 35 gorillas, while trekking  you are allowed to be with the gorillas for around one hour  with them  and while with them you need to be wearing surgical masks, this prevents diseases from being transferred to the gorillas.

WHAT TO EXPECT AS YOU PLAN FOR GOLLIA TREKKING

As a person plans to visit Congo for the gorilla safari they should expect the following;

-Tracking of gorillas takes some time and this depends on the people tracking, where the gorilla families are, the weather, the terrain among others. The tracking time varies from 1 hour to approximately 5 hours basing in the above factors.

-Expect long, tiresome and uncomfortable flights, the drives on bumpy roads as you head to the Virunga National park. This will give you a unforgettable experience about Africa

-During the hike make sure you follow the guide, some paths on the slopes are steep and also those in the forests are hard to navigate so there will be need to hold yourself on branches, tree roots, and also if you can use a walking stick then do so, like earlier said you need to have plenty of water.  Trekking can be so tiresome but when you meet the gorillas it is yet another amazing experience.

-As you enter the jungle searching for gorillas, finding them playing and the mothers feeding the young ones will b e another great experience, this is something you don’t just see every day. The guides will help in clearing the bushes just in case you don’t see gorillas well, there is freedom to take as many photos you want as guides tell you more about the behaviors of these amazing features.

– Another thing to expect is that Gorillas charge they are still wild animals even though their DNA is just close to that of humans. So just in case you look at the gorilla in its eyes, when he charges never run, just stand still and submit and show it respect by lowering your head.

Virunga national Park is situated in the east of Democratic Republic of Congo, it is Africa’s oldest national park formed in 1925. It is located south of the shores of Lake Kivu, and at the Rwanda boarder, the visitors that visit this park majorly come from either Rwanda or Uganda and are on a continued safari. This park harbors around 200 gorillas which live mostly in Sothern region of the park. Virunga national park is also among the Virunga Massif which is shared by Uganda’s Mgahinga National park and Rwanda’s Volcanoes national park. Gorilla trekking in Africa is both done in the Virunga Massif and Bwindi Impenetrable forest National Park in the South West of Uganda.

The Virunga National park is also a recognized UNESCO world heritage site and the Institut Congolais pour la conservation de la Nature governs it, and the Congolese park authorities. Due to the conflict the numbers of gorillas decline but as time went on the population is growing over the years and this is because the park has courageous park rangers and guides that have ensured these animal’s safety, they have gone to extents of putting their lives at risk because of this cause.

While in the park, you need to be very observant so that you don’t miss out on spotting various birds and monkeys that also stay in the park. As earlier said if the tourists are to interact with the gorillas Surgical masks are a must to be worn, The gorilla permit costs US$400 and it is advisable you buy it in advance from the park, also self drives are not recommended in Congo due to its history so one should be aware of .

Another thing in cases of human disease such as flu, cough, fever, diarrhea or any other sicknesses the tourists are advised to cancel trekking since Gorillas can easily catch these diseases from humans of which there are cases in which many have lost their lives before, so why one is advised to cancel trekking is to ensure safety of these animals.

SETTING OFF FOR GORILLA TREKKINNG

When you reach Bukima Patrol post in the morning, you will find the guide who will brief you about the geography, historical background, behavior of gorillas, activities to do and other important facts about the park before you start on with trekking. Make sure you follow the guides/ rangers advice and follow behind them when you start to trek.

After being briefed, the journey to meet gorillas is started in small paths through the forests. The time taken while hiking is dependent on the location of gorillas, it can take 20-40 minutes to reach the gorillas other times it takes more minutes as you walk through the forest. Surgical masks are a must to be worn by every trekker as long as they are in the presence of gorillas.

On entering the gorilla territory, what welcomes you is the dominant male silver back that ensures safety of its area, if he sees that you are not a threat he accepts you in, this marks the beginning of you watching the amazing gorillas in the wild, an unforgettable experience.

HOW TO GET THERE

The park can be accessed in many ways, but this is based on the tourist’s interest, it can be by road, air, and water.

You can access the virunga National park by air by either landing in DRC at Goma the acting international airport but most tourists prefer using the Kigali international air port, so if one uses Kigali air port they are advised to have a sleep over in any lodge or hotel in Kigali since most flights reach in the afternoon and evenings, so early in the morning have a 4 hour drive to the Gisenyi/Goma boarder.

It is 32km from Goma to the park, so the simplest way to reach the virunga national park is by organizing with tour operators in Congo who offer Gorilla trekking safaris. The following are the routes one can use to access the park;

While coming from Uganda, heading to Virunga is a bit wearisome, so a visitor can have an overnight in Kisoro town and set off to cross the border to DR Congo in the morning, if u have passed Bunagana border it is a 30 minute drive to Bukima Patrol post the starting point for gorilla trekking.

On road from Rwanda, it is approximately a 4 hour drive from Kigali to Gisenyi in DRC, and Gisenyi is the nearest town to Goma. It is an hour and half drive from the borders to the Park headquarters.

While in Bukavu which is in Congo and heading to the park, it takes around 5 or 6 hours to drive to the park from Bukavu, while on this route there is an amazing landscape and but it is not advisable to use this road because it’s not safe.

If a tourist is in Bukavu, they can access the Virunga National Park on water by using ferries from Bukavu on Lake Kivu to Goma, while on the ferry there is also a nice view of the Idjwi Island.  There is also an opportunity for special hires such as the speed boats which takes around 3 hours and the other public boats around 5 hours to reach Goma, where you are transferred in a good 4×4 vehicle.

-The cost of using a speed boat is between US$300 to US$400 if the boat is shared with other tourists, booking early of these boats is highly recommended.

One cannot miss out on a gorilla safari in Virunga National Park because there is no accessibility, simple if you are in Bukavu get a boat to Goma. And see your dream with the gorillas a reality.

Crossing at the Border

Crossing at the border is less problematic, though visitors are always advised to carry their paper work, ensure they have the yellow fever card which is valid, their Visa should have been applied in advance, make sure they don’t travel in the night on most routes since they are rough and some are unsafe.