The History of Congo and its Culture

The country is located in central Africa and it’s the second largest country in Africa by Area, and it’s the largest in the sub-Saharan Africa, and has the eleventh position in the whole world. It has got a population of about 80 million people, it’s the most populated francophone country, the fourth in Africa and in the whole world the eighteenth populated. Congo is a known to be a geological scandal and also a mineral wealth country as well as a tourism destination for many activities including; tracking of the mountain gorillas, Nyiragongo Hike in the Virunga mountains as well as the Eastern Lowland gorilla treks in the Kahuzi Biega national park, there is also the Okapi watching in the Okapi wildlife reserve in Beni region with good art as Congo ranks high when it comes to African art. There is also the observation of the ethnic groups, religions, languages, sculptures, masks, music, literature as well as fashion. This country is one of the best artistic centers that Africa has to offer alongside tourism. 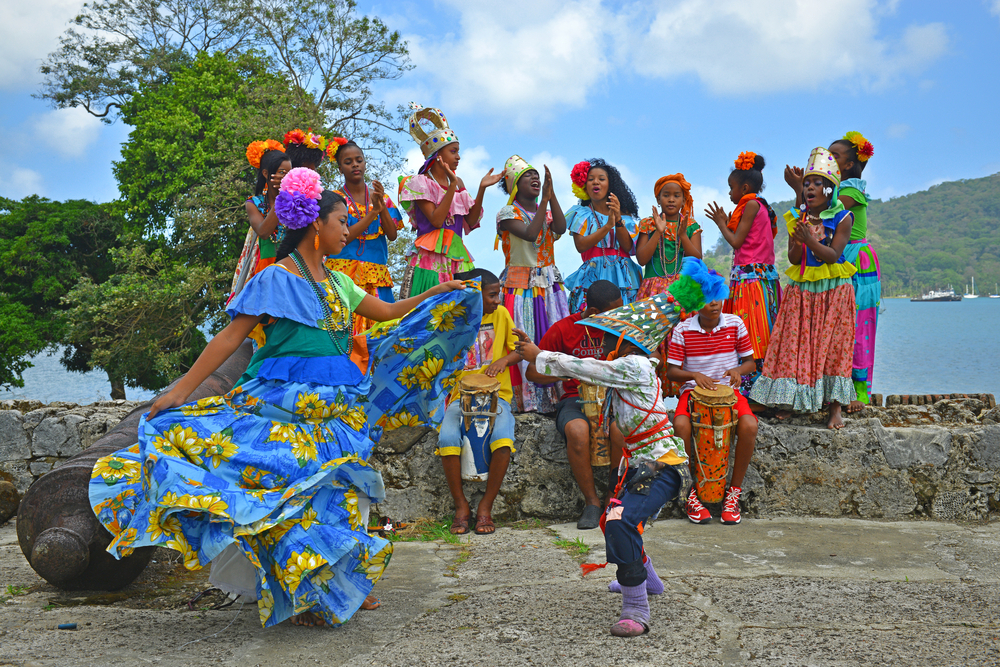 The popular greeting is to shake hands with the right hand, it helps to show respect of the social status people hold their right arm with the left one as they shake the hands. The men always share a touching of the sides of their foreheads, holding the hands between persons of the same sex is also a sign of friendship. When two people of the opposite sex talk, there is usually very little to no touching. Usually when a man is greeting a woman, it’s better to wait for the woman to extend her hand. The young people wait for the older ones to offer their hands. In case you are unsure of how to pronounce your visitor’s name, you may ask them what they would prefer or the adult woman can be called madam and the man be called papa or monsieur.

Eye contact is also indirect during a conversation, women and children might look down or away to show some respect. It’s also the best way to avoid asking about someone’s ethnicity or making of referrals to the civil war. The good topics of conversation include; sport, food, fashion, tourism and Congo’s land scape. In different situations, many people are flexible with the appointed times, they don’t tend to be punctual and this is different in business situations when punctuality is valued.

The Congolese people have many gestures for pointing and calling people. If you wish to point to someone, hold out the arm with an open palm and upward. It’s also rude to point at people with an index finger. When you are calling someone to come over to you, it’s done by extending the arm with the palm turned down and fold the fingers towards you. The people of Congo have got proper ways of giving and receiving things. The children also learn to offer both the hands when receiving something or an object, more especially from an adult, which shows some respect.

The Culture and History of Kongo

The culture of this country is diverse and reflects the great diversity and the many custom which exist with in the country. This culture combines the influence of tradition to the region, and also combines the influence from different countries which arrived during the colonization era and has continued to have a major influence, without destroying the tribal customs. The borders of Congo were drawn up by the colonial powers and bear little to actual ethno linguistic groups. The country has got over 242 languages that are spoken in the country, with similar number of ethnic groups. There are also four main population groups.

Pygmies are also the earliest inhabitants of Congo and generally hunter gatherers, they are experts in the ways of the forest and they have resided here for many years, they mainly live by trading meat with their taller farming neighbors mainly for exchange of agricultural products. They are now days adopting the latter’s languages and customs.

The Bantus are the largest group and are mainly subsistence farmers. They are present in every part of the country, and their languages make up three out of the five official recognized languages. Among these languages include; Lingala, Kikongo and the Tshiluba. The Kikongo language is spoken by the Kongo people in the far west of the country, and both on the coast and the inland was promoted by the Belgian Colonial administration. The people of Kikongo have survived among the descendants of the slaves in the Americans like the language of the Gulluh people of South Carolina that contains elements of Kikongo, Lingala that is spoken in the capital Kinshasa and is understood throughout the country as the Lingua Franca of trade, that is spoken along the Congo River and its many tributaries. Tshiluba is also mainly spoken in the southern eastern Kasai region.

The Bantu people also brought in the fourth of DRC’s languages, the Kingwana which is a congolese word of Swahili, please note that the fifth language which is French is the official language of the government, which was a result of Congo’s colonial relationship with the Belgium. The Bantu Swahili speaking people are also related to other Bantus that are mentioned above, but kinder differ in their way of life, since they practice herding as well as farming. These also come from the many countries to the east of Congo: Uganda, Rwanda, Tanzania and Burundi, which brings with them ethnic rivalries that have brought about the recent conflicts.

In the north, the country is occupied by groups of people who believed to have come from southern Sudan. They are also cattle keepers and include the Tutsi who are tallest people in the world. The migrants entered Rwanda as well as Burundi at the same time, who mixed with the settled groups.

The description above are simplified and many of the Congolese people are multilingual and their language depends on the context. For example, the government officials use French which helps to set a tone of formality as well as authority with each other, Lingala is mainly used when buying goods from the market, and the local language when in their homes. English is spoken in the country, most especially in the east where the eastern and southern Africana influences spread in the post Mobutu era. Among slags that are spoken in Congo, Indubil has also been noted since 1950s and also continues to evolve in the present days. This why all the congo tours are guided by experienced guides who speak English, Swahili and French.

The mixed marriages between different ethnic groups are common in Congo, mostly in urban areas where many groups come to live side by side. The Europeans also appear in small groups throughout the country as businessmen, missionaries and traders with in the city.

Here, the man is the head of the family and respect between the women and men is so important. The husbands and wives will consult with each other on big decisions however the man makes the final decision. Respect is known to be the most important valve for the Congolese people. More so respect and obedience have got the same meaning. The children are also advised to never question the parental authority in any way. Women mostly do house work and also look after the children while the major role for the men is to improve the life of the family. Looking after the children is also a role of the community with the extended family playing a big role in guiding the children mostly at the age of puberty. Young people may irritate courtship, Marriage is always the product of family intervention with older siblings or the extended family members who suggest prospective mates. In order to get married, one has to pay a price to the bride’s family. The price is usually paid in cash or material items. Children are also a sign of wealth and social security, so those who have children are considered to be a blessing.