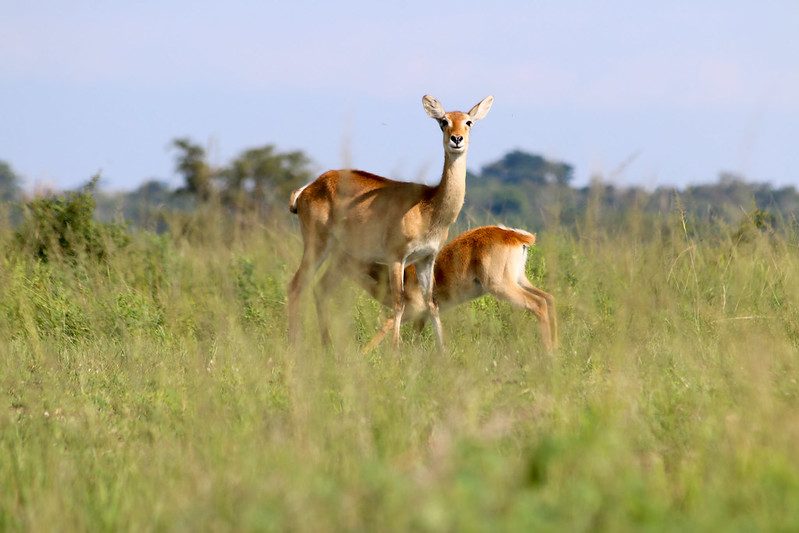 Found in southwest Uganda close to Kasese, spanning on 1978 square kilometers, home to the Tree Climbing lions of Uganda – Queen Elizabeth National Park (QENP) is the most renowned and easily reachable savanna reserve. QENP was declared in 1979 as a bios-sphere reserve intentionally to harmonizing conservation as well as protection of wildlife with human activities, natural resources as well as wet lands.

Queen Elizabeth National Park is surrounded by Lake Edward plus River Ishasha to the west on the border with DR Congo, to the north by Kasese as well as the Rwenzori foothills, by kalinzu forest reserve, the kyambura gorge and Lake George to the east and by Kigezi Wildlife Reserve in the south. most of QENP is mainly an open savanna, in a number of areas it is studded with a thick cover of umbrella acacia tress plus euphoria trees however it as well holds large areas of dense swamps close to Lake George, the wide-ranging Maramaganbo Forest in the south-east, as well as the forested Kyambura Gorge on the border with Kyambura Game Reserve.

Gifted with a minimum of 10 crater lakes inside the park, like the easily accessible group just north of the main road to Mweya safari lodge, and the entire Ugandan shore of the beautiful Lake Edward, Lake George’s western plus northern lake shores, as well as the linking Kazinga channel. QENP has plenty to offer to its visitors.

In 1925 QENP was set aside as v the Kazinga National Park, mainly to safeguard areas of abundant wildlife especially along the flow of the Rift Valley from Lake Edward up to the great Rwenzori Mountains. The park was renamed in 1954 to Queen Elizabeth National Park in honor of the visit to this area by the Queen of England.

Having 95 species of mammal documented here, which is also the highest number compared to all national parks in Uganda, this makes QENP a splendid wildlife safari destination in Uganda. among these are 10 primate species, such as chimpanzees, black and white colobus monkeys, olive baboons, vervet blue monkeys,

red-tailed monkeys as well as and L’Hoest’s monkeys, and approximately twenty predators are residents to this park such as the side-striped jackals, spotted hyenas, lions in addition to leopards, plus various antelope species like the cute Uganda kobs, bushbucks, topi plus Defassa water bucks. Within the park’s papyrus swamps near Lake George are the hard to pin down semi-aquartic large sitatunga antelopes plus 4 duiker species resident within the Maramaganbo Forest. The reddish Buffaloes here are frequently seen and this characteristic color is a result of interbreeding with the forest redder buffaloes from Congo.

Pink-backed Pelicans, The Nightjars, Papyrus Gonolek and the Black Bee-eater.

The ethnic groups linked to this region are; the Bakonjyo, Banyankole and the Bakiga. these conduct a number of traditional as well as present day economic activities particularly salt mining, crop cultivation as well as animal farming, and also have a greatly variety of dressing codes plus languages, a fascinating discovery to intrigued tourist. With this kind of blend of attractions I am able to strongly claim that QENP is the best  tourist destination features a lot to actually to stain a lifetime memory on your Africa safari into the minds of all great tourist.

Game Drives;
Explore QENP on a game drive will instantly offer you a thrilling Uganda adventure that you will live to tell all of your life! The drive takes you through the entire park as you view the various animals. This is best done very early in the morning as well as in the late afternoon as the weather is cool. Fortunately the tracks in QENP are well-maintained, offering visitors easy accessibility to the wildlife plus other attractions. The tracks go through the fascinating mating grounds of the Uganda Kobs as the exceptional large forest hog is spotted going around the bush. You will have a memorable view of Elephants as they move down to drink water especially on hot days, the hungry lions are seen searching for prey as the bush backs plus buffaloes are  seen along the channel track. The out exceptional vista over the crater track takes you to the volcanic craters at the fertile foothills of the legendary Mountains of the Moon, exceptional of all, will be the sights of Mountain Rwenzori.

The Launch Cruise on Kazinga Channel

This boat trip along the banks of the Kazinga channel which crowded with hippopotami offers you an exceptional unbeaten wildlife experience. The Yawning Hippo plus the large Crocodile are commonly seen and from time to time a leopard may be seen. Numerous buffaloes rest within the waters as large elephant herds enjoy a drink

as other play about in this natural water channel. There are numerous Hippos just as the numerous migrant and resident bird species. This boat cruise will unveil to you all these wonders of Mother Nature.

Within Maramagambo Forest; you can enjoy short plus long guided thrilling nature walks. This will unveil to you a number of wild species some of which are the pythons within the bat caves which primarily feast on these bats. The bat’s cave is found close to the eye-catching blue lake plus the hunter’ cave. Additional trails leading to the middle of the neighboring craters are habitats to numerous forest birds plus various primates such as Chimpanzee.

A Nature Walk to the Kyambura Wildlife Reserve

It is situated in the eastern section of the protected area and hosts similar animals as other parts of the   park.
It has 3 saline crater lakes that attract numerous flamingoes – which numbers can’t be seen in any other part of Uganda hence making it a wonderful bird watching safari destination in Uganda. The steep Kyambura gorge was formed by the violent waters of the thundering River Kyambura, and it offers a luxurious Riverine forest which is inhabited by Lions and chimpanzees. the Black and white colobus monkeys together with the olive baboons along with other primates species, snakes and several forest birds all stay in this forest. Visiting this gorge offers you a chance to see chimpanzees within their all-natural habitat.

This trail leading to the southern area of the park offers you an opportunity to marvel at the tree climbing lions resting in the huge fig trees, the Topi, Uganda Kobs as well as Buffaloes peacefully grazing in the savannah dotted with acacia tree.

A visit to The Traditional Salt

been sub-divided and also distributed to the different Ugandan tribes. As your guide will explain, you will discover the fascinating cultural ties attached to these salt mines.

Ways to get there and leave

-From Kampala; depart early using the Mbarara-Kabale highroad, turn off at ntungamo and take the brand-new road for 45km to Rukingiri. From Rukungiri, drive 70km along a murram road leading to ishasha through Kihihi.
-From kabala or Bwindi through kahihi;

-carry with you your permit as it is needed when entering this park entering the park. 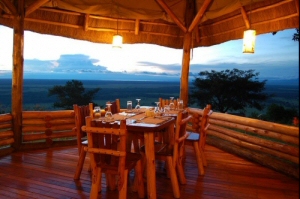