Tourism in western Kenya suffering due to poor hotels

Tourism sector in Kenya is becoming more and more competitive everyday with destinations competing to offer the best quality products and services.

There are various factors affecting tourism in Kenya, and hampering Africa safaris in Kenya from increasing in popularity. In the east of the country, it is security issues, while in the west it is poor hotels and tourist facilities.

In Kisumu, the county government has started profiling tourist attractions in a move to attract tourists and investors.

According to Kisumu Governor Mr. Jacktone Ranguma, the County government in an effort to make Kisumu an epicenter in the Kenya tourist circuit is keen to promote marine tourism, research, water sports and hippo dance. However, even as the county government seeks to 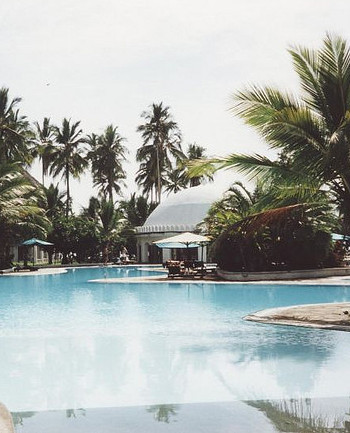 capitalize on its strategic location in the western tourism circuit, what is worrying stakeholders and potential customers is lack of sufficient hotel accommodation and conference facilities.

Recently, while speaking during Madaraka day celebrations, Ranguma admitted that the town has lost several opportunities to host high level regional meetings, including the East African Heads of State summit due to insufficient hotel accommodation and conference facilities

In order to improve the hospitality industry, the Governor said his office was wooing investors to set up state of the art hotels.

He says though the town is part of the special economic zone, the challenge has been lack of land.

Kisumu borders Lake Victoria which has massive potential for tourism and which the county intends to exploit to as they promote research, marine tourism and hippo dance. According to Ranguma, the county government allocated sh. 25 million shillings in the 2013/2014 financial year to tourism sector and has listed it among its priority programmes.

According to the acting tourism regional director, Mr. Edgar Ndubi, slow tourism growth in the region can be attributed to inadequate tourist products and lack of adequate hotel and conference facilities.

“At the moment, bed capacity in Kisumu town stands at about 1,500 but quality of services offered and the location of some of the hotels is wanting,” he adds.

In the past few years, a number of up market have sprang up in the area and these have helped boost tourism in the county but better hotels and a much bigger boost is needed.

Currently, the county can only boast of a few tourist attraction sites like Ndere Island Game Park situated on Lake Victoria, the symbolic Kit Mikayi rocks, Kisumu national museum and the Kisumu Impala sanctuary which targets between 3-5 per cent of the total number of tourists nationally. This a small percentage compared to other regions but an increase is expected and development of Kisumu International Airport and the construction of Kisumu Northern by-pass will play a pivotal role in enhancing tourism in the region. Kisumu needs better hotels and other tourist facilities and it is hoped that improvement in infrastructure will lead to growth of tourism sector in the area.