The pearl of Africa might be small on the world map, but it has so much to offer as a tourist destination. With several attractions such as Kidepo valley national park in the far North East, Mount Elgon in the far East, Bwindi impenetrable forest and Gorilla trekking activities in the west, and several game parks in between the borders such as Murchison falls national park, and Queen Elizabeth national park, Uganda is truly rich. There is also Lake Victoria and the Source of the Nile, the longest river in Africa, which is found in Busoga region in the East.

Busoga region is one of the richest Uganda safari destinations. And it is once again holding an expo to promote tourism in Uganda. The Busoga tourism expo.

The first Busoga tourism expo was held in December 2014, and was a successful event for promoting tourism in a fun and exciting way. This year’s expo is set to take place on 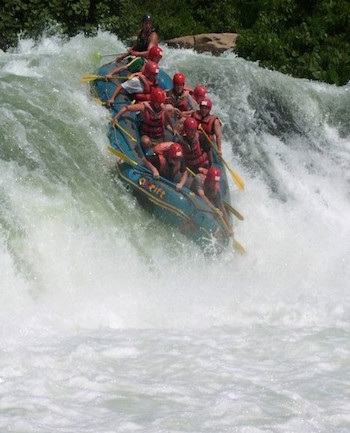 March 13th -14th at the Buluza grounds in Iganga district.

Busoga will be showcasing the rich culture and heritage of the region. The launch of yet another cultural center , the Nnhenda Cultural site, will also be done during the festival, all in a bid to expand tourism products that Uganda, as a country and Busoga as a region have to offer. Other things that will take place during he expo include, a bicycle racing for men and women, clan leaders’ folk presentation and Omweso Competition.

Some very important people such as the President of the Republic of Uganda, Yoweri K. Museveni, the Speaker of Parliament Rebecca Kadaga, and other technocrats from the Ministry of Tourism, Wildlife and antiquities are expected to be in attendance.

Uganda’s Busoga region is known for the source of the Nile River which is found in Jinja, and water sporting tourist activities, such as white water rafting, kayaking, bungee jumping and many more. Jinja which is the heart of Busoga is basically a tourist town with many tourism businesses running every where you turn. Tourism expos like the one in March are meant to promote the region as a tourist destination and to market the tourism products available. Increasing Busoga’s potential to attract travelers on Uganda safari trips, and also have them extend their stay is the goal of the expo.